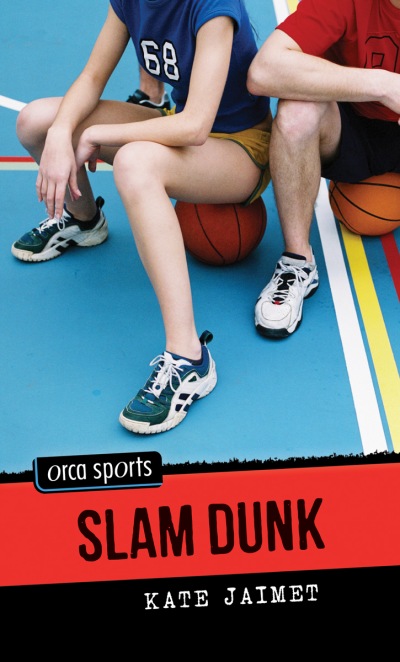 Sixteen-year-old Salvador "Slam" Amaro thinks being the assistant coach of the Brookfield High School girls' basketball team will be an easy gig. Show up, run a few drills and pad his resumé so he can win a spot on the Ontario Provincial Under-17 team. But Slam's job suddenly gets a lot harder when the girls' coach and her daughter, the star point-guard, vanish after being threatened. Getting to the bottom of their disappearance puts Slam in confrontation with a mysterious stalker. But that's not his only problem. With the girls facing playoff elimination, Slam has to come up with some new coaching strategies while he battles some tough competitors for a place on the Ontario squad.
"Much more than a sports novel. Here, readers see a skilled author working within the confines of a genre and transcending it. Recommended."
– CM Magazine
"Slam learns some important lessons about sportsmanship and teamwork...This book would be a good addition to collections."
– Resource Links
"Basketball playing readers will revel in the jargon: pivot, jump shot, rebound, dribble, layup. This teen novel from Orca Sports shows readers that always being the winner is not realistic and that everyone experiences how unfair life can be."
– The Baytown Sun
CCBC Best Books   | 2010  |  Commended
Junior Library Guild Selection   | 2010  |  Commended