Schlepping Across the Nile 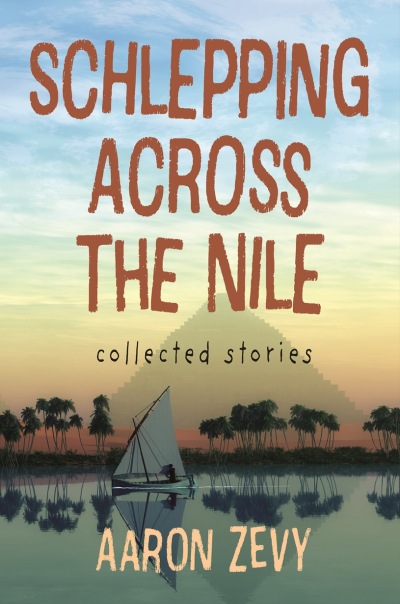 In the footsteps of Andre Aciman’s Out of Egypt and Lucette Lagnado’s The Man in the White Sharkskin Suit comes Aaron Zevy’s Schlepping Across the Nile: a collection of vignettes, memoirs and stories, culled from Zevy’s first three books, which crackle with wit, brazen sentimentality and unfiltered self-awareness.

This collection adds a comic and often poignant twist to the story of the nearly 1 million strong Jews who lived in Arab lands before the second world war. But Zevy, the son of an Ashkenazi father and Sephardic mother adds some shtick to his recollections. His Ashkenazi side is the wry, bemused spectator of the antics and entanglements of his other half. In Crossing the Nile, the young Zevy begs his mother to make Lipton Cup-A-Soup and grilled cheese instead of an Egyptian concoction for a Canadian friend coming over for lunch. In Shesh Besh, the grown-up Zevy is terrified that the aggressive backgammon taught to him by his foul-mouthed uncles will derail a blind date. In Hanono, he is a second from bursting with excitement over a chance to finally fire a favorite juicy Arabic insult amongst Egyptian poker players. Join Zevy as he navigates life as an outsider amongst outsiders, and remember, never let the truth get in the way of a good story.