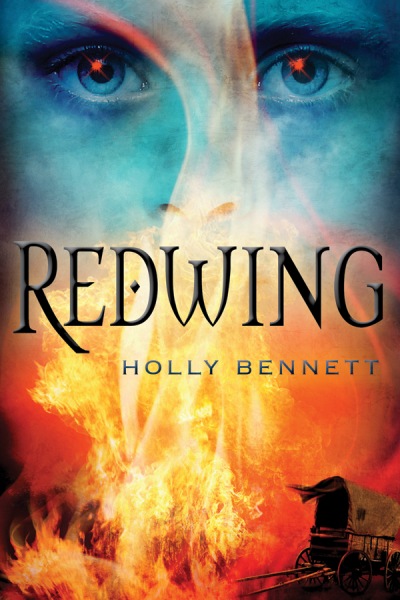 Rowan is the sole survivor when his entire family is struck down by the plague. Alone and grief-stricken, Rowan ekes out a living by playing music on his button box in the small towns and villages of Prosper. He lives and travels in his family's old caravan, half starved and in despair. One day, he finds he has competition: a young man playing a violin. Rather than make an adversary, Rowan suggests they travel and play together, but he regrets his offer when he finds out that Samik is from the Tarzine Lands, beyond the volcanoes, and is being pursued by a vengeful warlord. And that's not all. Samik also claims to have the Sight—and what he sees (and hears) is Rowan's dead sister, Ettie. As they travel from town to town, they form an uneasy alliance, which gradually evolves into a friendship that will be tested to its limits when Samik is captured.
"Bennett has crafted a believable, medieval-like world...Suspense rather than action sustains the plot, but a scary climax doesn't disappoint. An appealing fantasy with enough tension to firmly hold readers' interest."
– Kirkus Reviews
"Both Sam and Rowan are developed, realistic characters and their friendship is a source of comedy and emotional dynamics as well as a solution to the book's surface conflict."
– YALSA YA Galley Teen Review
"Bennett has crafted a wonderfully exciting story with great characters that the reader will cheer for. She has an ability to create whole worlds with specific nuances that make them interesting and believable...The story moves quickly, with many tense moments that will keep readers turning the pages to a surprising and satisfying conclusion...Highly Recommended."
– CM Magazine
"A rollicking adventure set in a fantasy land...It has all kinds of excitement."
– Resource Links
"A fast-paced story of loss, friendship, learning to trust, and letting go, wrapped around an adventure with just a touch of the supernatural...Samik and Rowan are well-drawn, the descriptions of Prosper and the people they encounter are nicely detailed. Readers will enjoy watching the friendship between the young men develop. This page-turner will appeal to reluctant or struggling readers."
– Library Media Connection
"An entertaining fantasy adventure written...at an accessible reading level for struggling readers. Rowan and Samik emerge as complex, well-realized characters...Redwing may draw in some new fantasy readers who are not usually drawn to the genre, and could be a bridge for some paranormal romance fans to other fantasy genres."
– VOYA
"This fantastic young adult novel allows the reader to really delve into the idea of loss and the comforts that we are able to find in loss...Bennett reveals to readers that grief can form a sort of language and that it can tie people together into new relationships.The music of this narrative becomes a haunting lullaby weaving new and old, one place and another, and diverse people together."
– Speculating Canada: Canadian Horror, Science Fiction, and Fantasy blog
"The story turns on the twinned themes of friendship and grief and places an engaging story into a fascinating landscape...Bennett brings a fantasy world into suspenseful, believable life. "
– January Magazine, Best Books of 2012
"Suspense ramps up throughout the novel and the climax is compelling...A great story of friendship and adversity."
– TriState YA Book Review Committee
SYRCA Snow Willow nominee   | 2013  |  Short-listed
CCBC Best Books   | 2013  |  Commended
Bank Street College of Education Best Children's Books of the Year   | 2013  |  Commended