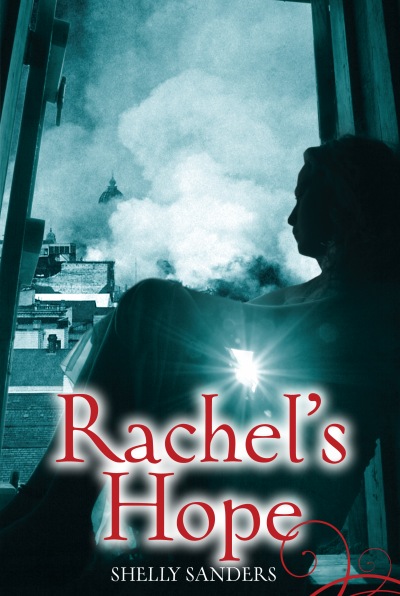 Rachel was forced to leave her home in Russia because of the anti-Semitic violence that killed her father. She made her way to Shanghai, China where she managed to establish herself as a newspaper writer – no easy task for a woman at the turn of the 20th century. Now eighteen, Rachel remains separated from her sweetheart, Sergei, but she has finally realized her dream of coming to America. Arriving in California, she is inspired by the women's labor movement and remains determined to be a journalist. Sergei, now in Moscow, is becoming more involved in the fight for democracy. But his work for the revolution puts him at risk of harsh reprisal from the Russian Tsarist government. Rachel won't let anything stop her in her goal of starting a new life - not poverty, not even the great San Francisco earthquake. But will she ever see Sergei again?
"…Shelly Sanders delivers an exciting plot, an ambitious historical context, and engaging, complex characters… Sanders has her finger on the zeitgeist of this era."
– CM Magazine
"...Sanders ably combines historical fact with a gripping fictional story, knitting together the grim realities of pre-revolutionary Russia and the plight of Russian Jews with the hopes and dreams of a young girl building her life. Through Rachel and Sergei's eyes, readers are given a candid glimpse into both the immigrant experience in early America and life inside tsarist Russia, which is teetering on the brink of revolution. ... a must-read for fans of historical fiction."
– Canadian Children's Book News
[Rachel's Hope] does a good job of illustrating many facets and challenges of immigrant life, including assimilation, work, self-fulfillment, and sense of home.
– Booklist
(A) fine and absorbing trilogy.
– Hadassah Magazine
Rachel’s journey as an immigrant from Russia, through Shanghai, and then to the streets of San Francisco is a compelling one... A well-researched and exciting novel that will introduce readers to immigrant life in the early 1900s.
– Association of Jewish Libraries Reviews
Readers who love historical fiction will enjoy exploring Sanders’ San Francisco as Rachel and her family learn their way around and begin to make a life.
– Jewish Book World
Sydney Taylor Book Award - Teen Reader's Category Notable Book   | 2015  |  Commended
Canadian Children's Book Centre's Best Books for Kids & Teens (Spring 2015)   | 2015  |  Commended
Vine Awards for Canadian Jewish Literature - Children's/Young Adult   | 2016  |  Short-listed