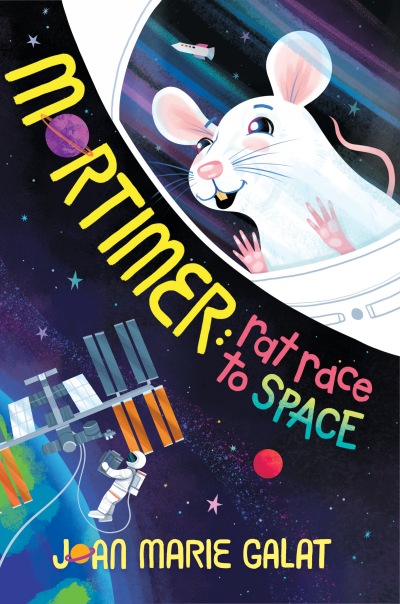 A spot on the International Space Station (ISS) has opened up, and Mortimer, the journal-keeping lab rat, is not about to miss his chance to become an intergalactic space rat. And that’s just the first step in his master scheme to prove that rats are much better suited than humans when it comes to colonizing Mars.

Mortimer sets out to expose the impracticality of human astronauts by conducting experiments and recording the evidence for YouTube. As far as he’s concerned, pellet-eating rats are much easier to feed than fussy humans, and just think of all the unwashed underthings floating around the galaxy — especially when compared to the versatile rattail!

But when Mortimer’s schemes go awry, he is forced to face new truths about dreams, friendship, and choosing the right thing to do. Maybe not everything is a rat race.