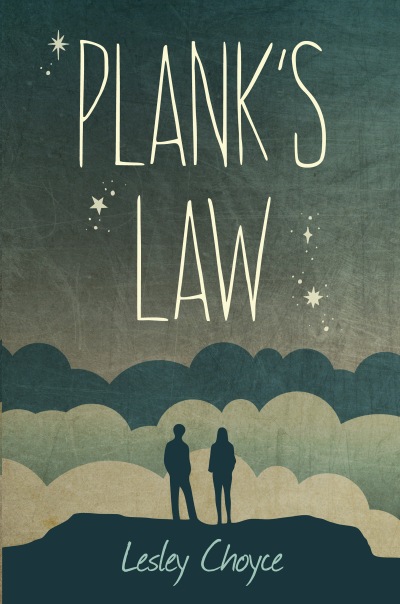 Trevor has known since he was ten years old that he has Huntington's disease, but at sixteen he is informed that he has one year to live. One day while he's trying to figure stuff out, an old man named Plank finds him standing at a cliff by the ocean. It's the beginning of an odd but intriguing relationship. Both Trevor and Plank decide to live by Plank's Law, which is "just live." This means Trevor has to act on the things on his bucket list, like hanging out with real penguins, star in a science fiction movie and actually talk to Sara—the girl at the hospital who smiles at him.

With the aid of Plank and Sara, Trevor revises his bucket list to include more important things and takes charge of his illness and his life.
"Choyce reminds readers that death is its own storyteller and there are always surprises along the way…The story offers fine comedic vignettes and playful dialogue, raising this well above standard illness fare."
– Kirkus Reviews
"It is sweet but not overly sappy…With a strong male protagonist, plain and sometimes blunt language, and an opening in the style of The Catcher in the Rye, this short novel may hook reluctant readers."
– School Library Journal
"Plank's Law will appeal to a variety of young adult readers. The interesting and relatable subject matter and multidimensional characters are likely to engage both reluctant and experienced readers. The short page length, larger font, and fast-moving plot will appeal to both inexperienced readers and strong readers looking for a quick, yet realistic and interesting read. The book is apt to encourage readers to think about living life to the fullest. Plank's Law is a heartwarming read that covers serious topics whilst injecting doses of humour throughout."
– CM Magazine
"An engaging story about two people living on what could be borrowed time and how they manage to make the most of it while maintaining a realistic (as opposed to nihilistic) view on their world. The maintenance of perspective here is what gives this book its strength…The overall tone of this latest novel from Lesley Choyce is really quite uplifting and for a story about a dying teenager, that is no mean accomplishment."
– Resource Links
"While I didn't learn much about Huntington's disease, Choyce explored something more vital and universal through Trevor's story: what makes you want to live when you're facing death?…When I finished reading, I cried. While I have faced that question many times over the course of my life, I have never seen it put quite so succinctly. What made me cry most was how much I needed Plank's Law when I was a teen."
– Amy Mathers, Canadian Children's Book Centre
"This is a great book for anyone who is afraid to live life to the most. Life is short, enjoy it!"
– Connor, age 15, Canadian Teacher
Resource Links The Year's Best   | 2017  |  Commended
CCBC Best Books   | 2018  |  Commended