The Mystery of the Horned Dinosaur 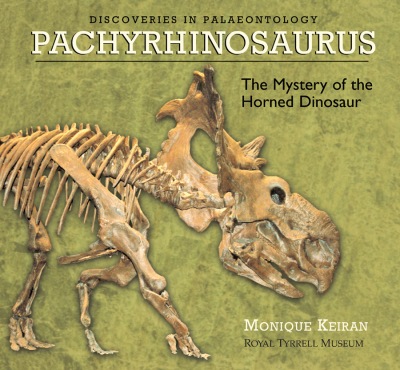 Pachyrhinosaurus, one of the rarest, least understood horned dinosaurs, lived during the late Cretaceous Period at the end of the 150-million-year Age of Dinosaurs. Pachyrhinosaurus was different in a striking way from other dinosaurs. Instead of the sweeping lances found on the faces of Triceratops and Centrosaurus, Pachyrhinosaurus had gnarly platforms of bone covering its nose and eyebrows. These bony fossil shields gave the dinosaur its name, which means "thicknose reptile."