Names in a Jar 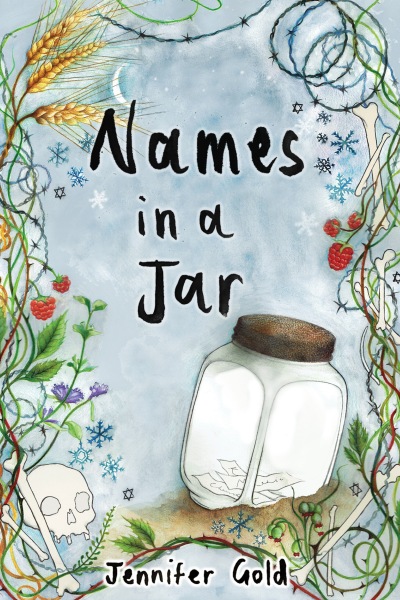 Twelve-year-old Anna Krawitz is imprisoned in the Warsaw Ghetto with her older sister, Lina, and their father. Happy days spent reading about anatomy and science in Papa’s bookshop are long gone, and the knowledge they have is used to help their neighbors through the illnesses caused by starvation and war.

With no hope in sight and supplies dwindling, Anna finds herself taking care of an orphaned baby. With a courage she didn’t know she had, Anna and the baby leave behind all they know and go into hiding with a Catholic family, changing their names to hide their identity, but Lina is not so lucky and winds up in the infamous Treblinka Camp. Can Lina survive and find her way back to Anna? Will the two sisters even recognize each other after such a long time?

A story filled with hope, courage and reconciliation.

...a great pick for reluctant readers and those who enjoy historical fiction and World War II stories.
–

"A heart-stopping, rollercoaster ride that leaves the reader wanting more! ... There are not many YA novels set in Treblinka, probably because so few prisoners survived that death camp. Jennifer has taken the true story of a real revolt that took place in Treblinka and adapted it for her novel. It's a story filled with courage and with hope."