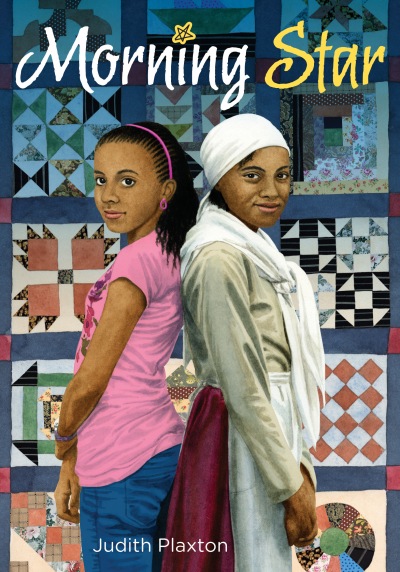 Flower and her parents are escaped slaves, going north to freedom via the Underground Railroad. Over 150 years later, Felicia is starting grade 8 at a new school in a small town in Ontario that was a terminus for the Underground Railroad. She has to write about her ancestry for a class project, but is afraid her classmates won’t want to hear about slavery. Flower and her family eventually reach freedom in Canada, helped and sheltered by many. Felicia discovers that her grandfather was a porter on the railways and this point of family pride helps her face down a bully. Two girls at opposite ends of history.
"...the novel draws the reader in with well orchestrated cliffhangers and a fully realized setting..."
– Quill and Quire
Felicia faces racism at her new school from a student and a teacher, but she is able to feel proud of herself and her heritage after she connects with new friends who share her love of singing and horseback riding.
– CM Magazine
The plot is beautifully written; it is like the two stories are two threads that are braided together, then knotted at the end.
– Flamingnet
There are common themes in the story, though it’s hard to compare the excitement and danger of traveling on the Underground Railroad with living in southern Ontario in present day, but Plaxton finds a way to make both tales engaging. Both stories discuss racism and prejudice, and manage not to be didactic or to over-simplify what is a complex issue.
– Resource Links
SYRCA Diamond Willow Awards   | 2013  |  Short-listed
iTunes Rewind Top Ten Young Adult Book   | 2011  |  Commended