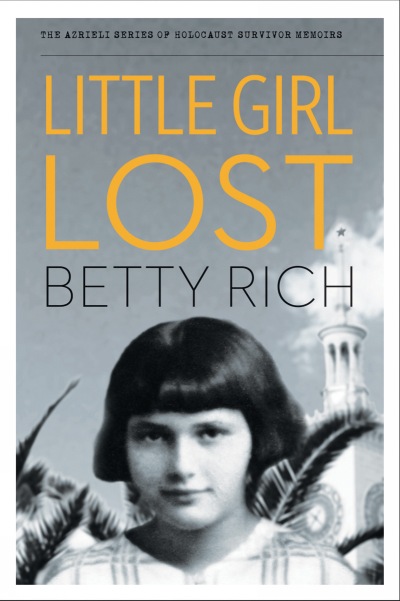 When the Nazis invade her small town of Zdunska Wola, Poland in 1939, sixteen-year-old Betty Rich escapes into Soviet-occupied Poland. Over the next five years, her journey takes her thousands of kilometres from a forced labour camp in the far north of the USSR to the subtropical Soviet Georgian region and back to Poland. After the war, Betty and her husband flee from the Polish Communist regime and eventually immigrate to Toronto. Rich's poetic memoir, Little Girl Lost, is "a montage of graphic snapshots and moments in motion . . . both testimony and a meditation on what it meant to her sense of self to endure and survive as a young woman growing into adulthood in exile."