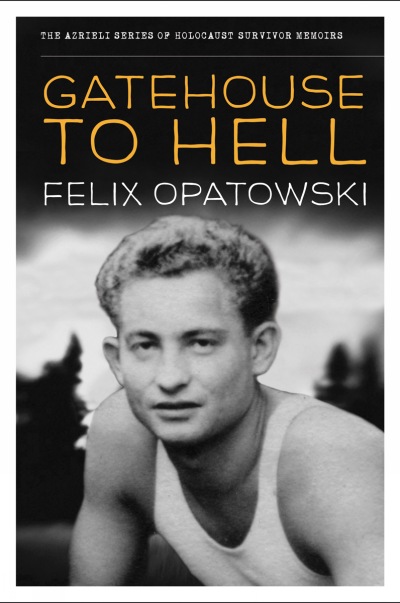 Felix Opatowski is only fifteen years old when he takes on the perilous job of smuggling goods out of the Lodz ghetto in exchange for food for his starving family. It is a skill that will serve him well as he tries to stay alive in Nazi-occupied Poland. With dogged determination, Felix endures months of harrowing conditions in the ghetto and slave labour camps until he is deported to Auschwitz-Birkenau death camp in the spring of 1943. Recognized for his nerve and daring spirit, he is soon recruited as a runner for the Polish Underground inside the camp and is implicated in the infamous plot to blow up the camp crematoria—something for which he pays dearly. Gatehouse to Hell is a candid and heart-rending account of a teenage boy who comes of age in desperate conditions, putting himself at risk to help others, forming bonds of friendship and holding onto hope for the future.