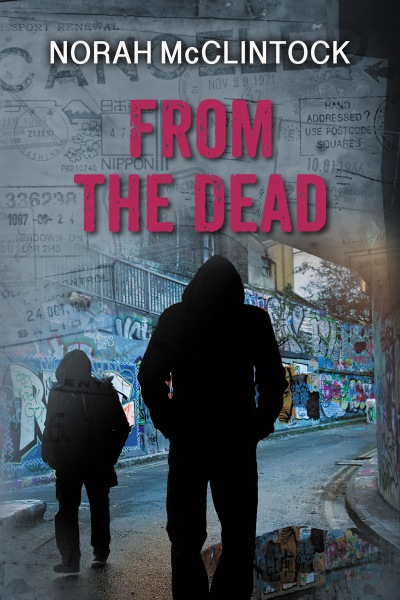 Rennie is in Uruguay when his cousins discover a secret cache at their dead grandfather’s cottage. Thousands of dollars in foreign currencies. A mystifying notebook. Multiple passports, some obviously fake. A gun. A disguise. And a photo of some Nazis. Rennie’s mission: to find out whether there was more to the old man than anyone knew. Was he a spy? If he was, what did he do? And for whom? Did he help a Nazi war criminal escape justice? Rennie’s quest leads him to Argentina and then to Detroit, where he finds more questions than answers and more than one gun pointed—and fired—in his direction.

From the Dead is the sequel to both Slide, part of The Seven Prequels and Close to the Heel, part of Seven (The Series).
"Other than a fake Argentinian passport, an old newspaper clipping featuring a photo of three Nazis and a hand-drawn map, Rennie has little to go on. But he is determined to find out whether his grandfather was a spy, as his cousins assume, or a Nazi—as they fear...An intriguing mystery."
– Kirkus Reviews
"Offers intricate plotting and well-developed, multidimensional characters. Clues are revealed slowly, but the action never drags, and surprises lurk around every corner...McClintock carefully ties up all the loose ends of this mystery, but the onion-like character of David McLean clearly holds many more secrets just waiting to be peeled away. This book stands alone, but why miss the others in the series? Highly Recommended."
– CM Magazine
"This thrill-a-minute series will hook reluctant readers as well as fans of James Bond and Jason Bourne."
– School Library Journal
"Vivid descriptions of a devastated Detroit provide the background to this layered suspense story from indefatigable crime writer McClintock...Rennie’s impulsiveness, his issues with his military officer father, and his failure to consider potential consequences as he pursues answers add a degree of authenticity to this over-the-top, unrelenting thriller. The unembellished, plot-focused writing should appeal to reluctant readers looking for an adrenaline story."
– Booklist
"A nicely written story that will appeal to those readers seeking adventure, especially when that adventure involves solving historical mysteries. The reading level is not difficult, so readers of all abilities will be able to access and enjoy the story."
– Resource Links
"I needed to make a schematic of all the characters and all the adventures of this Holocaust “detective-type” story with its twists and turns. It is an enigma wrapped around a mystery with dozens of characters. Written in a tough teen vernacular, the narrator is like a teenage Humphrey Bogart who pretends to be an innocent teen when the police question him on a murder charge to which he is either an innocent witness or the murderer and his grandma has to come and bail him out. You might want to keep a pad and pencil next to the book to keep track of each adventure and its characters, especially the old man with a bedroom full of Hitler memorabilia, and the Jewish boyfriend—oops, I had better not give it away—because no one is as he and she presents themselves. I guarantee, you will not put down this book until the end, but keep that scorecard."
– Jewish Book World
OLA Best Bet   | 2014  |  Commended 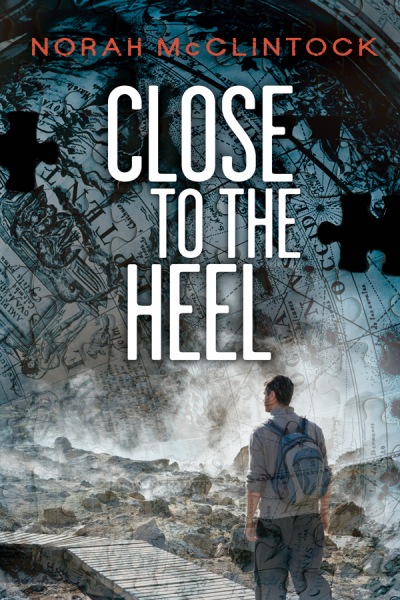 Close to the Heel