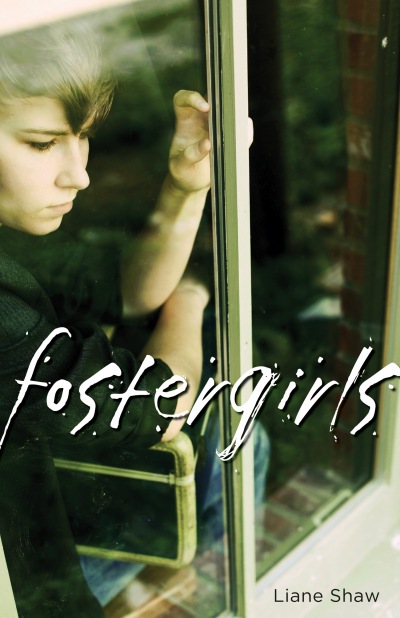 Her name is Sadie, but she might as well be called Fostergirl. Grouphomegirl. That’s how everyone thinks of her. Sadie doesn’t care. In fact, she’d be happier if they didn’t think of her at all. Her goal is to go unnoticed, to disappear. Nothing good comes from being noticed, especially if you’re a fostergirl. Another new high school, another new group home – number 13, but who's counting. But this time there’s a girl at her school named Rhiannon, who won’t let her be invisible – who insists on being her friend – and who might be able to restore Sadie’s belief in others, and maybe even herself.
Liane Shaw gives a realistic portrayal of a foster girl's life of uncertainty, hopelessness, and the inability to change her environment…After reading this novel, readers will realize that there is always light and hope in the next corner.
– CM Magazine
Sadie, though tough as nails, narrates her story with an amusing edginess that works ... for readers seeking an honest account of how a girl without parents survives, this story delivers.
– Publishers' Weekly
Sadie’s edgy account of finding a real place for herself in the world will keep readers thoroughly engaged.
– Kirkus Reviews
There is much about this book that speaks to the foster system's well-meaning but often flawed initiatives and how easily there initiatives can be misinterpreted or go horribly wrong. Sadie's character is genuinely engaging and portrayed against the backdrop of adolescent angst and an often inadequate system, it works.
– Resource Links
If you’re tired of reading about spoiled princesses and snobby beauty queens who complain about their parents rules, or the pressures of being popular- here is a story you can relate to more. Sadie isn’t a hero who saves the world, she’s a down-to-earth street smart girl who’s just trying to survive.
– Libraries and Young Adults blog
The novel is an honest effort to shine a light on some of the difficulties and stigma that foster kids face.
– The Deakin Review of Children's Literature
Sadie's struggle to overcome the cards she has been dealt is inspiring, and the author writes from a very honest and real perspective. Sadie's story will resonate with readers, no matter their background.
– VOYA
I congratulate Shaw in providing such a convincing context by which the lives of many foster children are expressed, and the impetus for the reader to pursue greater understanding with empathy.
– CanLit for Little Canadians
The author handles the rough scenes in this book well. She manages to show us the life of girls in foster care, who've come from painful situations no child should go through, without using any profanity or explicit descriptions.
– Library of Clean Reads
The characterization of Sadie puts a human face on a system wrought with challenges and often scrutinized, and presents a powerful portrayal of the realities of growing up without family roots or a place to call home.
– Shameless Magazine