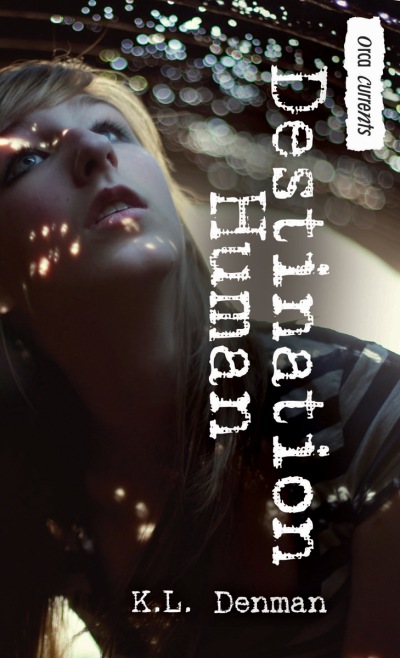 Chloe thinks of herself as a normal teenage girl—if there's any such thing—until a formless alien being inhabits her body. The being is named Welkin and claims to be a Universal. Welkin has entered Chloe's body as part of a school project. Chloe agrees to let this weirdo observe her life for three days as long as Welkin doesn't interfere. Welkin tries to respect the non-interference portion of the agreement. But Welkin's stream of alien commentary as Chloe deals with boys, her coach and math homework has a comic, and sometimes enlightening, impact on Chloe's life.
"Chloe’s voice is strong, and she is a delightful character."
– VOYA
"Denman weaves engaging humour into this thought-provoking and fast-paced story...A fun and enlightening novel—another winner in the Orca Currents collection. Highly Recommended."
– CM Magazine
"Denman's alien point of view provides unique insight and humour to a typical young teen novel."
– Resource Links
"The storytelling is solid and easy to fall into. The characters are believable and funny. Highly recommended."
– Southwestern Ohio Young Adult Materials Review Group
CCBC Best Books   | 2014  |  Commended