Kielamel “Kiela” Sibal (she, her) is a Filipino Canadian letterer, graphic designer, cartoonist, writer, and illustrator. She is passionately curious about the craft of different storytelling methods, from comics and video games to film and illustration. Born in Pampanga, Philippines, Kiela currently conducts her sparkling antics of wizardry in Winnipeg, Manitoba. 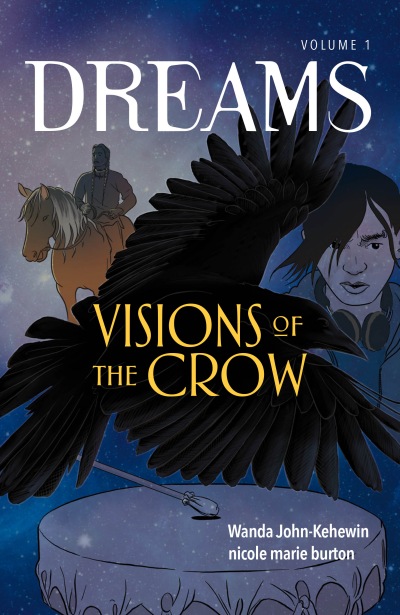 Visions of the Crow

Damon just wants to get through senior year. After he is seized by a waking dream in the middle of a busy street, he is forced to look within himself, mend the bond with his mother, and rely on new friends to find the answers he so desperately needs. Travelling through time and space, Damon will have to go back before he can move forward.