John Skewes is the award winning illustrator of more than thirty books and the creator of the best-selling Larry Gets Lost children's book series. John has followed Larry from the southern tip of Texas to tiny Nome, AK, and has been lost several times himself. This is the first book in his series that crosses the border to Canada. He has illustrated over 40 children’s books, including Elliott the Otter. He lives in Seattle. 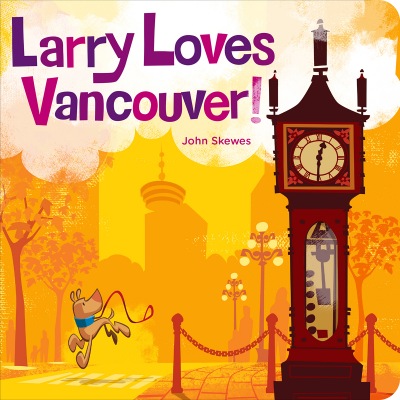 Larry Loves Vancouver
Just like the locals and visitors, Larry the pup loves the Gastown Steam Clock, Science World, Granville Island and many of the other sites and sounds of Vancouver. As he explores the city with his owner Pete, Larry rides a seabus, crosses the Capilano Suspension Bridge and visits the totem poles of Stanley Park.
Board Book
9780995340039
$10.99 USD