Muguette Szpajzer-Myers was born in 1931 in Paris, France. In 1947, Muguette, her older brother and their mother immigrated to Montreal, where Muguette eventually started a family and worked as a translator. Muguette Myers returned to Champlost in 2005 for a ceremony to honour four members of the community as Righteous Among the Nations for hiding her and her family during the war. 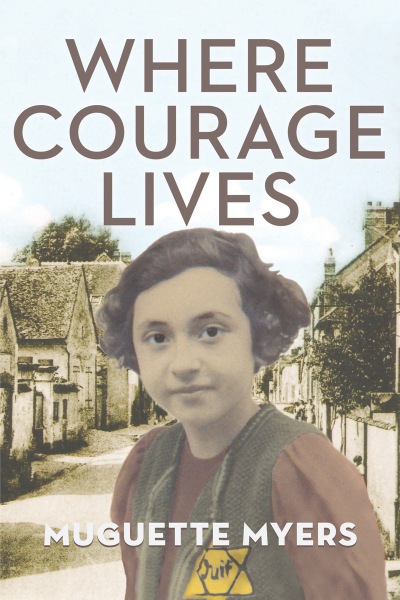 Where Courage Lives
Written in vignettes with child-like charm and innocence, Where Courage Lives provides rich insight into life in a small village against the backdrop of the war, paying tribute to both Muguette’s indomitable mother and the courage of the people of Champlost.
Paperback
9781897470572
$14.95 USD