Sam Weisberg (né Avraham Gajer) was born in Chorzów, Poland, in 1927. After his liberation in Bergen-Belsen, Sam worked as an interpreter in the Bergen-Belsen Displaced Persons camp, liaising between the British soldiers and the Jewish police. Sam married in 1946 and immigrated to Toronto in 1959. In Toronto, Sam worked at Automatic Laundries Limited and later co-established a company called Promenade Builders. Sam has educated countless students about the Holocaust and was instrumental in establishing a Holocaust memorial monument in Toronto. 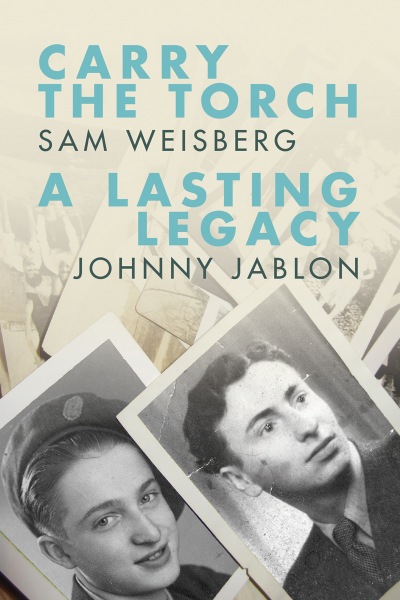 Carry the Torch / A Lasting Legacy
Two stories in one book, this is a powerful memoir of surviving the Holocaust, and should be read by everyone.
Paperback
9781988065465
$14.95