Troy Jackson is a Black Nova Scotian, father, husband, Muslim, writer, performer and clothing designer based in Toronto. Troy’s work has shown at TIFF/Toronto International Film Festival, Inside Out Film Festival and at the Art Gallery of Ontario respectively. Jackson is also co-founder of the El-Tawhid Juma Circle Unity Mosque, a gender-equal, and LGBTQ2IS affirming Islamic Mosque founded in 2009. 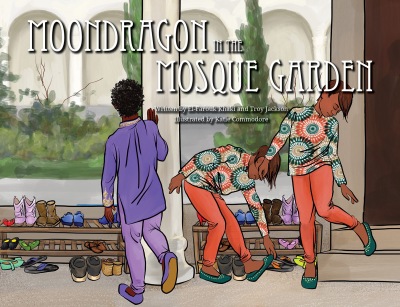 Moondragon In The Mosque Garden
Tajalli, Mujtaba, and Aasiya just want a break from adult conversations. They go to check out the old garden in their new mosque building, and end up making a new friend and learning an important lesson about caring for the earth.
Paperback
9781775084037
$15.95 USD