Carol Shields was an American-born Canadian author. Her 1993 novel, The Stone Diaries, won the U.S. Pulitzer Prize for Fiction and the Governor General's Award in Canada, among others. Her next book, Larry's Party, won the Orange Prize and Le Prix de Lire. Her last novel, Unless, was published in 2002 before Carol's death in July 2003. Shields wrote her Master's thesis on Susanna Moodie and it was her first published work. 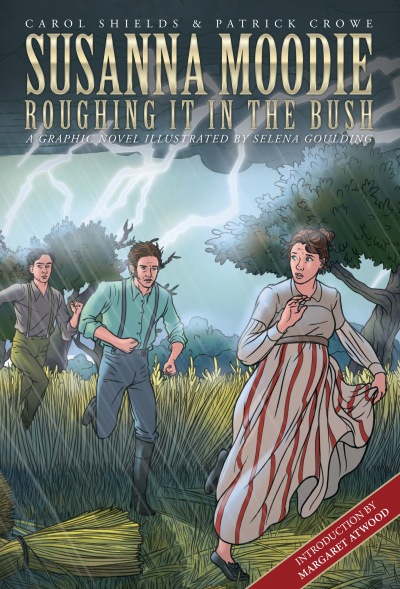 Susanna Moodie: Roughing It in the Bush
Carol Shields was fascinated by Susanna Moodie, a Romantic writer who left England for Canada in 1832 where she and her family soon found themselves starving in their new home. Moodie's novel Roughing It in the Bush, an acerbic testament to settler life, made her famous. Shields' interpretation of Moodie comes to life as a graphic novel.
Paperback
9781772600032
$22.95