Marian Domanski was born Marian Finkelman in Otwock, Poland in 1928. He lost both his parents in the war and lived in various villages in the Polish countryside between 1941 and 1945, posing as a Polish-Catholic herdsman. After the war, Marian Domanski remained in Poland, where he joined the Polish air force and then worked as a photographer. He married his wife, Cesia, in 1964 and his daughter was born a year later. They moved to Denmark in 1968 and immigrated to Canada two years later. Marian Domanski worked in the printing business in Toronto and still lives there. He is very active in the Polish-Jewish Heritage Foundation of Canada and has had a number of exhibits of his photography in his hometown of Otwock, Poland. 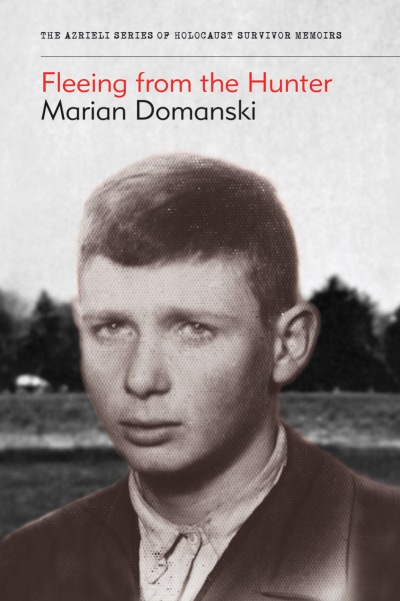