Agnes Tomasov was born in the small town of Bardejov, in the Slovakian region of Czechoslovakia, on June 16, 1930. After the war, between 1949 and 1968, she lived in Prague and Kosice, Czechoslovakia, now in the Czech Republic and Slovakia, respectively. In 1968, following the Soviet invasion of Czechoslovakia, she immigrated to Canada with her husband, Joe, and their two children. Agnes and her husband currently live in Toronto and enjoy spending time with their children, grandchildren and great-grandchildren. 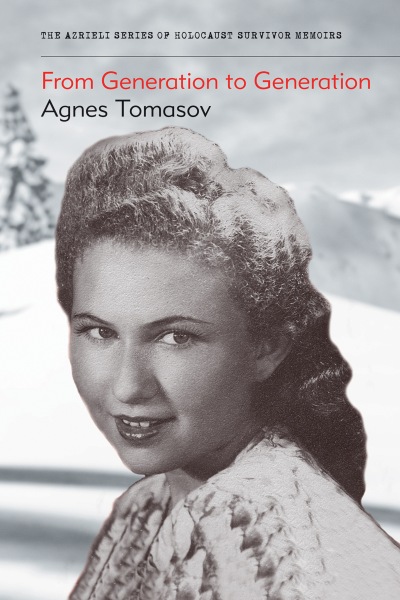