Suzie Napayok-Short was born in Iqaluit, NT. At the time, her father worked with the Canadian teams at the early northern Distant Early Warning (DEW) Defense sites. Eventually they moved to Southampton Island, the one place located between the Baffin and the Kivalliq regions, with wildlife and sea mammals surrounding the island and the area. Each spring meant the sea ice begins slowly disappearing for the season of summer and wildlife would abound with the return of the many different breeding birds ranging from geese to peregrine falcons, the thick-billed murres, to the sandpipers. The whales are also back. She grew up in this tradition during her childhood. Suzie authored two other children’s books along with Wild Eggs that was nominated for a Silver Birch award as her first children’s book in 2017. She lives in Yellowknife, NWT and bases most of her stories on legends she learned throughout her childhood and her own experiences with wildlife. 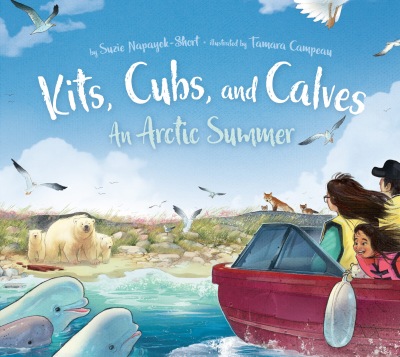 Kits, Cubs, and Calves
On a visit to Nunavut, Akuluk learns about Arctic animals and the importance of the environment we all share.
Hardcover
9781772272741
$17.95 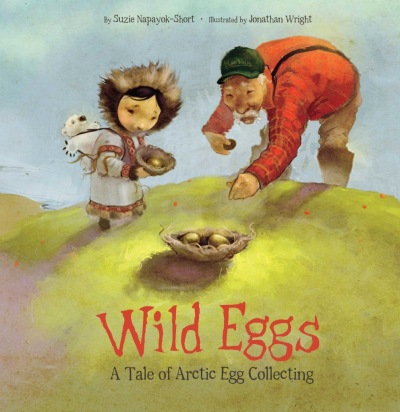 Wild Eggs
Akuluk is not excited about visiting her grandparents in Nunavut, until she sees all the animals that the tundra has to offer, and learns about hunting for wild eggs.
Paperback
9781772271492
$13.95