Memoirs of Holocaust Survivors from Hungary 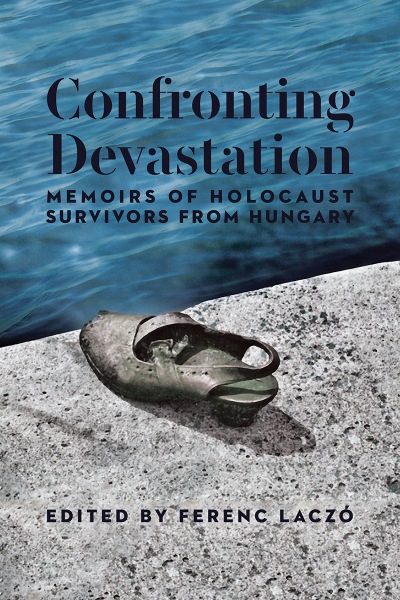 Commemorating seventy-five years since Nazi Germany occupied Hungary, Confronting Devastation, an anthology of writing from Hungarian Holocaust survivors, examines the experiences and memory of the Holocaust in Hungary. From idyllic pre-war life to forced labour battalions, ghettos and camps, and persecution and hiding in Budapest, the authors reflect on lives that were shattered, on the sorrows that came with liberation and, ultimately, on how they managed to persevere. Editor Ferenc Laczó frames excerpts from some twenty memoirs in their historical and political context, analyzing the events that led to the horrific "last chapter" of the Holocaust—the genocide of approximately 550,000 Jews in Hungary in 1944.