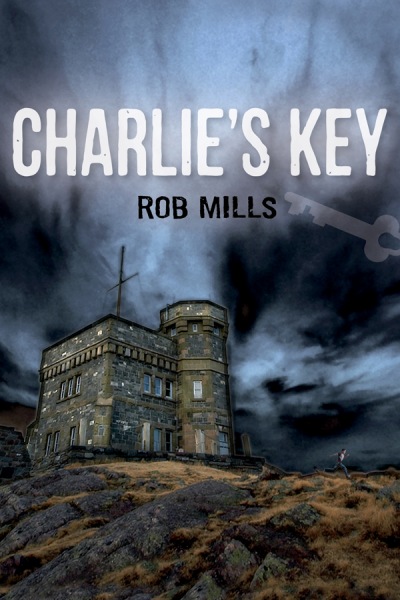 When Charlie Sykes wakes up in hospital in St. John's, he learns that he and his father have been in a car accident and that his father is dying. As far as Charlie knows, he has no family in Newfoundland. But then Uncle Nick shows up and is keen to meet his nephew—not because of who Charlie is, but rather because of what Charlie has: the key.

That key will unlock a treasure Uncle Nick began searching for more than thirty years earlier. And he would have found it all those years ago if he hadn't been arrested and sent away for murder. But Charlie isn't convinced he should give up the key. He leads Uncle Nick on a wild chase through old St. John's, across Signal Hill and out to the coast. There, high above the rugged Atlantic, Charlie finally comes face-to-face with Uncle Nick, the treasure, and a family history that will leave him with a new understanding of where he comes from and where he's going.

"While foggy cliffs and colorful villages effectively evoke the exotic Newfoundland setting, it's the mystery that moves the tale forward...A fast-paced, often riveting mystery with a plausible, thrilling climax."
– Kirkus Reviews
"This suspenseful mystery keeps the reader engaged...Charlie is a very likeable character, one to whom readers will easily relate. In addition to the major themes, censorship and literacy are issues which are also brought up and could instigate conversation in a classroom. Highly Recommended."
– CM Magazine
"Charlie is a true teen hero. Faced with a situation that would be well beyond the abilities of the average 13-year-old, Charlie is a character that will catch the attention of most teenagers. A fast-moving and exciting plot leaves the reader wanting more at the end of each page. The descriptions of Newfoundland are haunting, creating a compelling visual backdrop for the story. The conclusion is both believable and satisfying."
– Resource Links
"Mills' writing seamlessly brings together the pathos of Charlie's situation with the coarseness of Frankie's and Nick's circumstances...The cliff hangers, beyond those of its setting, repeatedly lead the reader to anticipate but instead surprise, just the way a great thriller should."
– CanLit for Little Canadians blog
"In Charlie, Rob Mills has created a nearly perfect, enigmatic character. Charlie is naïve yet worldly. He is compassionate and vulnerable, yet resilient and resourceful...The falling action is equally intriguing, and when the reader reaches the ending, he finds it to be shocking and emotional. Readers will want a sequel, needless to say, in order to discover the next chapter in Charlie's life. Mills combines contemporary topics like child abuse and a writing style that is full of local color and dialect to give us an excellent book."
– Tri State YA Book Review Committee
OLA Best Bets   | 2011  |  Commended
TriState YA Review Group Book of Note   | 2012  |  Commended
Arthur Ellis Award nominee   | 2012  |  Short-listed
John Spray Mystery Award   | 2012  |  Winner
CCBC Best Books starred selection   | 2012  |  Commended