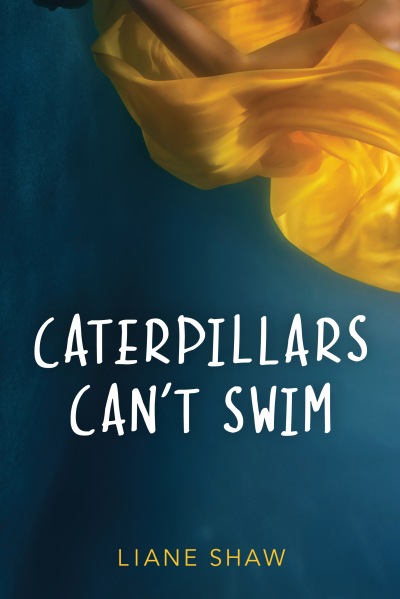 Ryan, who uses a wheelchair, is at his most confident when he's in the water. When he rescues his schoolmate, Jack, from drowning their lives become connected, whether they like it or not. Ryan keeps Jack's secret about that day in the water, but he knows that Jack needs help. The school is full of rumors about Jack's sexuality, and he has few friends. When Ryan decides to invite Jack on a trip to Comic Con he's planned with his best friend Cody, the captain of the school's swim team, the three boys make an unlikely combination. But they will each have the chance to show whether they are brave enough to go against the stereotypes the world tries to define them by.
This is a strong addition to the canon of literature in Canada that works within realms of sexual diversity and disability. A thought-provoking and compelling narrative that teenage fans of character-driven books will definitely enjoy.
– Canadian Review of Materials
In Caterpillars Can’t Swim, [Liane Shaw] examines the prejudices people exert on those who are different – whether those differences are perceived or real – and crafts a plot that ensures understanding and acceptance.... By casting Ryan, whose cerebral palsy defines him for so many, in the role of hero, Shaw changes up the expected narrative.
– Quill & Quire
Booklist
November 15, 2017