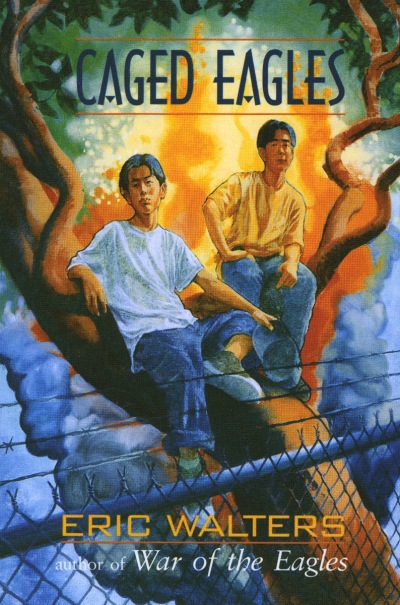 When Canada went to war with Japan following the bombing of Pearl Harbour, Canadians of Japanese descent were declared "Enemy Aliens." Without recourse of any kind, they were forced to leave their homes along with the British Columbia coast, their possessions were sold, and their rights as citizens denied. Caged Eagles follows fourteen-year-old Tadashi Fukushima and his family as they embark on a tortuous physical and emotional journey. Along with neighbours from their remote village on the northern BC coast, they travel by fishing boat to Vancouver, where they are placed in detention in Hastings Park, the Pacific National Exhibition ground, and forced to live in cattle stalls. For Tadashi detention becomes both an adventure and a dilemma as he struggles to understand the undercurrents of racism and injustice that have overtaken his life and those of his community.
"Subtle and powerful."
– The Globe and Mail
"Earns a place in both history and English classrooms."
– Quill & Quire
"What begins with a poignant scene in which a small, seven-year-old child asks her brother which of her dolls to pack...ends with an equally compelling vignette."
– VOYA
"An excellent book for a middle grades reader, it is perfect as a companion to a social studies unit to explore a new historical perspective of the second World War."
– Alan Review
"[Walters's] fast-paced novel avoids heavy-handed moralizing as it portrays the internment of Japanese Canadians during World War II."
– Booklist
"This novel is a moving account of one family's struggle to understand the injustice that has overtaken their lives and the racism that has imprisoned their community. Walters successfully captures the fear and uncertainty of the time."
"Walters's careful explanation of historical events and sensitive narration of the Fukushima family's story predominate to make Caged Eagles a memorable reading experience."
– Resource Links
"Walters successfully combines history, adventure, and social criticism in Caged Eagles while providing young readers a glimpse into Canada's past and a chance to consider serious issues inherent in any complex, multicultural society." "Highly recommended."
– CM Magazine
ALA Best Books for Young Adults   | 2002  |  Long-listed
CCBC Our Choice   | 2001  |  Commended
CLA Book of the Year for Children nominee   | 2001  |  Short-listed
PSLA Top Forty   | 2000  |  Commended
UNESCO Children's Book Prize nominee   | 2003  |  Runner-up 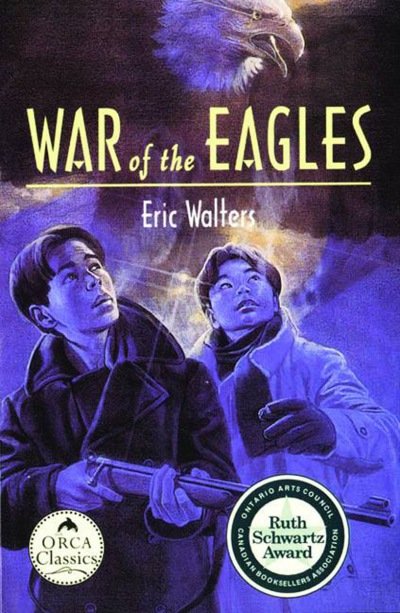 War of the Eagles