The Diary of Molly 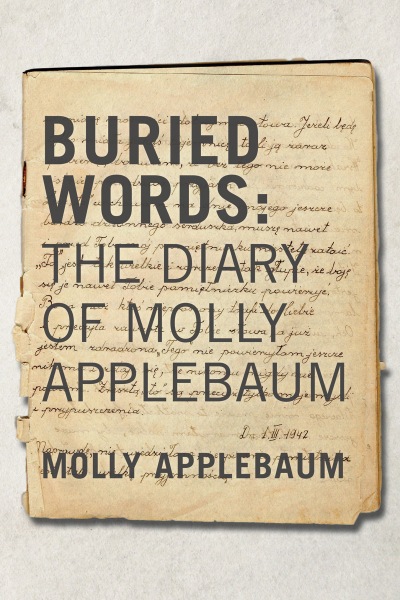 In the fall of 1942, roundups of Jews in Dąbrowa Tarnowska, Poland, lead twelve-year-old Molly Applebaum and her cousin Helen to find refuge on a nearby farm, where their only hope for survival is to be hidden away underground —in a box. Confined “in a grave” from 1943 to early 1945, Molly has only her older cousin and her diary to keep her company. Molly writes of the cold, dark space; the unbearable suffering from insufficient food; and the difficult, complicated reliance on two Polish farmers who are risking their own lives to save her. A unique and poignant document, Molly’s diary is a stark confession of her fears and anxieties, her despair and her secrets and, above all, her fervent wish to stay alive. Buried Words presents Molly’s extraordinary diary, never before published in English, and also the memoir she wrote in the 1990s. Molly Applebaum’s courageous words, written fifty years apart, offer a fascinating reflection on both her wartime experiences and her post-war life.