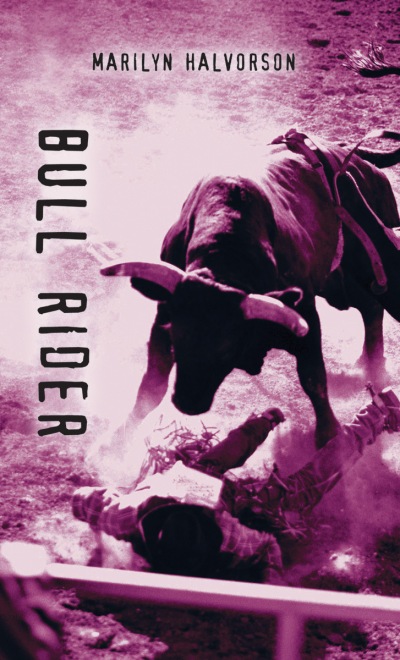 Layne wants nothing more than to follow in his father's footsteps and to be a bull rider. His dad was one ride away from a National Championship when he got trampled to death. Layne wants to be able to give his dad that championship—by winning it for him. What he doesn't want, though, is to end up like his father and die in the rodeo arena. When the chance comes, Layne realizes he must face up to his greatest fear. With the help of his friend Jana, and his bratty younger sister, Layne learns to reach deep inside and trust himself.

Also available in French.
“Has potential for many different levels of readers...The strength of the book lies in the conflict that Halvorson describes, one familiar to members of the rodeo culture who know that the very thing they love can harm or kill the people they love even more.”
– VOYA
"Halvorson is talented at seamlessly weaving in the settings and character descriptions with the rising action of the story."
– Resource Links
"Highly Recommended."
– CM Magazine
YALSA Quick Picks   | 2004  |  Short-listed
CCBC Our Choice   | 2004  |  Commended
PSLA Top Forty   | 2003  |  Short-listed
Tayshas List   | 2004  |  Commended