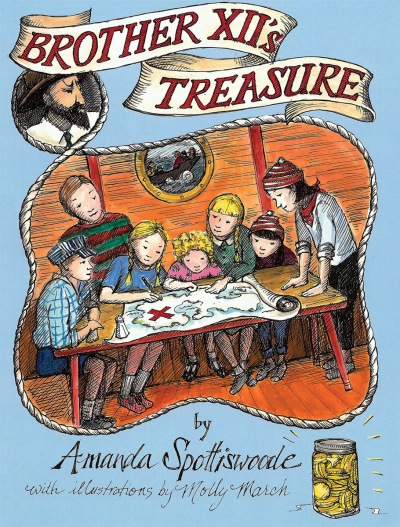 The year is 1936, and seven children (aged eight to sixteen) are sprung from their respective boarding schools in England to the coast of British Columbia to embark on a summer sailing adventure like no other. On the way, they discover the true story of Brother XII, a shadowy figure recently disappeared from his island compound, who is rumored to have buried treasure on one of the coastal islands the children will be passing through. As their vacation quickly turns into a treasure hunt, the kids encounter a crazy cast of west-coast characters, until a cataclysmic event brings their search to an end.