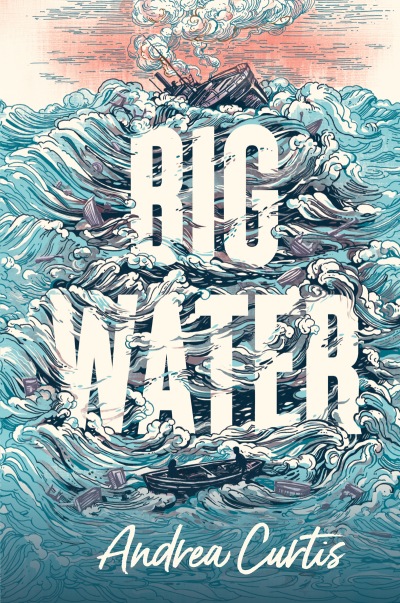 Seventeen-year-old Christina McBurney has led a sheltered life. But when her twin brother, Jonathan, dies of consumption, Christina, unwilling to be farmed out as a nursemaid or teacher, runs away from home and her destiny. In Owen Sound she boards the Asia, a steamship that transports passengers and freight throughout the Great Lakes. She doesn't really have a plan other than to get to Sault Ste. Marie. She'll figure things out once she's settled.

But a violent storm suddenly rises on Georgian Bay, and the overloaded and top-heavy steamship begins to sink. Christina is tossed overboard. Pulled to safety just before she loses consciousness, she finds herself on a lifeboat, surrounded by a number of bedraggled and terrified passengers and crew. One by one they succumb to their injuries, until only Christina and a brooding young man named Daniel are left alive.

The usual rules of society no longer apply—Daniel and Christina must now work together as equals to survive.