Because They Were Women 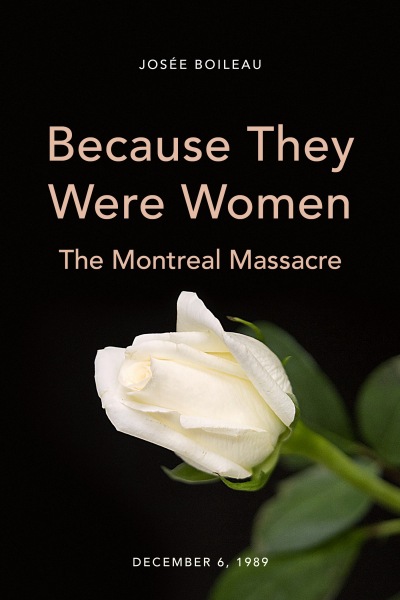 Fourteen young women, murdered because they were women, are memorialized in this definitive account of the tragic day that forced a reckoning with violence against women in our culture. The victims of what became known as the “Montreal Massacre” are remembered, their lives cut short on December 6, 1989 when a man entered École Polytechnique and systematically shot every young woman he encountered. The killer was motivated by a misogyny whose roots go far beyond one man and one day. This book examines how December 6 precipitated an entire cultural shift in thinking around gender-based violence.

“Boileau’s approach has the double effect of humanizing that list of names and ages we associate with December 6 and making the reader feel the loss of these young women and their futures all the more keenly.”

– December 2020
Ce jour-là’s English publication is important, sharing the mourning across the two colonial language communities, and sharing some sense of agency as well.
– Montreal Review of Books
It highlights how far Quebec has come in the years since the massacre, which happened at a time when few women would publicly identify themselves as feminists. But just as importantly, it highlights how far there is still left to go.
–