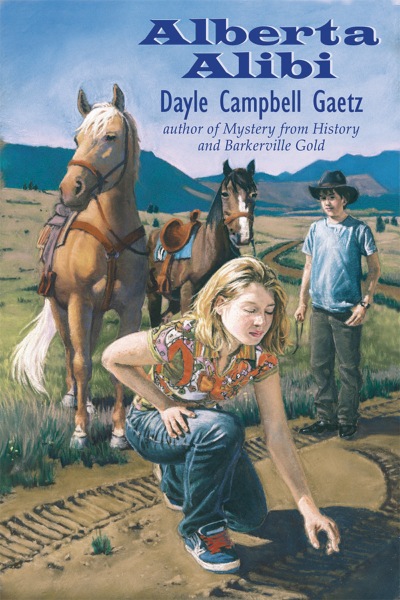 Sheila, Rusty and Katie are on the road again. Fresh from their adventures in Barkerville, the trio is now in southern Alberta. Sheila has been anxiously anticipating her reunion with her father and is worried about how they will get along. Her fears are confirmed when they arrive at the Triple W Ranch and he is not there to greet them. When the police arrive, Sheila finds that her father is in big trouble. Developers want to take over his land to build new housing and a golf course and when the night watchman at the development is shot, all the evidence points to Sheila's father. Sheila tries to help out, but the clues she finds only make things worse. Is Sheila's dad guilty? She doesn't think so and with help from the others sets out to prove it.

Alberta Alibi is the third of three books in a series.
Book one is Mystery From History
Book two is Barkerville Gold
CCBC Our Choice   | 2006  |  Commended