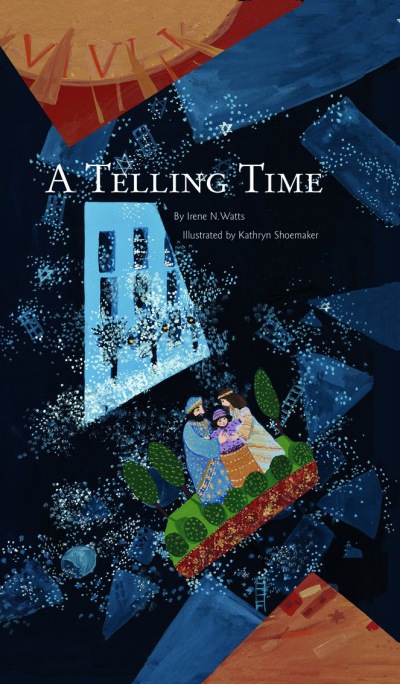 This tale is told in three time-frames. On the eve of the Festival of Purim, a grandmother tells her granddaughter how, as a little girl, she heard the story of Queen Esther from her family rabbi. This was in 1939, in Nazi-occupied Vienna, on the eve of WWII. Soon after the rabbi begins the story of the brave queen, soldiers come to arrest him. The young girl begs for the rabbi to finish his story, and the soldiers allow him to do so. When the tale is over, the soldiers permit him to send the children home. But when the children turn to wave goodbye, the rabbi had vanished in the snowflakes, safe from harm, saved by the miracle of a story from long ago. The illustrations by Kathryn Shoemaker perfectly highlight the story's message of hope.