A Cage Without Bars 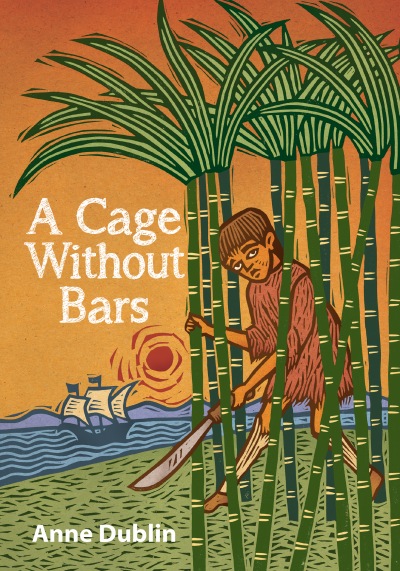 In 1492, Queen Isabella and King Ferdinand of Spain signed the Edict of Expulsion, giving all Jews three months to leave the country. In the aftermath, twelve-year-old Joseph escapes to Lisbon, Portugal with his parents and younger sister, Gracia. After only eight months of safety, Joseph and Gracia, along with hundreds of other Jewish children, are kidnapped from the port in Lisbon and put on a ship. They then make a dangerous journey to the island of São Tomé, off the coast of West Africa. Now slaves, they are forced to work on a sugarcane plantation. Joseph must work in the fields, his life repeatedly saved by a combination of luck, strength, and quick wits. While Gracia tries to accept their circumstances, Joseph holds on to the hope that, one day, they will be free.
An important educational…take on this little-known historical tragedy.
– Kirkus
"The well-developed characters feel very real. Although the book is explicit about the suffering these children and others endured, the excellent writing makes the book accessible to children..."
– Jewish Book Council
A Cage Without Bars is a short, well paced novel that will likely fill in a very specific gap in a young adult historical fiction collection.
– CM Magazine
This is a standout work of historical fiction for children.
– AJL
Canadian Jewish Literary Award, Children/Youth   | 2019  |  Winner
The Canadian Children's Book Centre's Best Books for Kids & Teens   | 2019  |  Commended