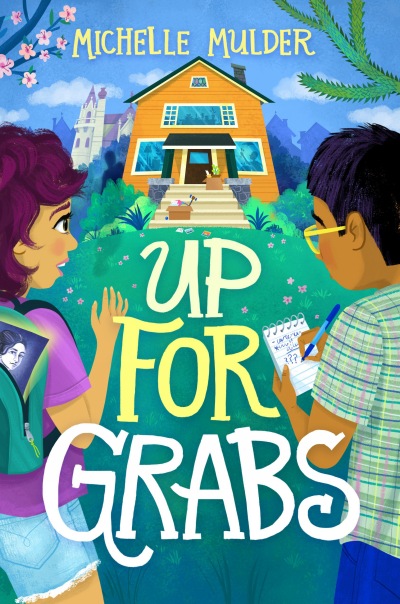 Frida and her brother, Zac, have lived in seven countries in ten years. In fact, they’ve been travelling for so long that Frida has never considered herself from anywhere — until they inherit their grandmother’s house in Victoria, British Columbia. Zac, always looking for money-making opportunities to fund their travels, is determined to sell everything in the house and expects Frida to help. Now they’re up to their ears in family heirlooms, paintings of dead relatives, vintage paperclips, and ceramic animals.

As Frida explores the neighborhood, she meets a childhood friend of her grandmother’s, a relentlessly friendly kid named Hazeem who has a knack for finding treasures in the many book-exchange boxes nearby, and a nosy antique dealer who takes an interest in her grandmother’s stuff. A big, sneaking-around-trying-to-break-in-to-the-house kind of interest. Is this strange neighbur looking for something specific? And will Frida and Hazeem figure it out before it’s too late?