The First Principles of Dreaming 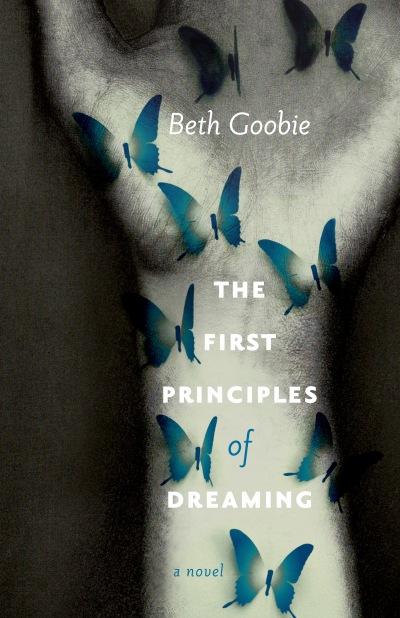 It's 1977, and Mary-Eve Hamilton (Mary for the Mother of God, Eve for the mother of mankind) is plodding through her final year at Eleusis High School. Mary-Eve's mother, famed prophetess at the Waiting for the Rapture End Times Tabernacle, regularly has visions, foams at the mouth, and falls down rigid. Her father, a popular deacon, hides his abuse behind a Sunday morning facade. Mary-Eve herself appears to be a dutiful teenager, her entire life regulated by the rules of their church. But inside she’s biding her time, waiting for emancipation from her family's strictures and secrets. That day comes when Mary-Eve befriends Dee Eccles, an eighteen-year-old pagan goddess from the other side of everything. Dee instantly re-christens Mary-Eve with the name Jezebel, Jez for short, and begins her initiation into the women's mysteries of makeup, tight jeans, and otherworldly glory. But Jez quickly learns that Dee has her own secrets, and that demons are not confined to the Waiting for the Rapture End Times Tabernacle.

Publisher's Weekly
Sept. 9, 2014
This deeply engrossing and powerful novel by Goobie draws readers in and squeezes tight. In 1972, Mary-Eve Hamilton is stuck between expectation and desire. Her mother tells her that she is one of the Waiting for the Rapture End Times Tabernacles' ‘chosen ones,' but unlike her ‘gifted' mother, the teen doesn't speak in tongues, receive visions, or truly believe the Tabernacles teachings. After a chance encounter with Dee Eccles, a girl she is obsessed with, Mary-Eve is reborn, stripping away her conservative upbringing and pulling on Dee's skin-tight jeans and ideals. Dee renames her Jezebel, and readers see an enthralled Jez willing to follow Dee's every directive. Both girls have built walls to hide lifetimes of secrets and mistreatment, and when those walls begin to shatter, their pain is inflicted on the other. The use of metaphoric and poetic prose is beautiful, despite the ugly things revealed. While some readers may view the occult elements as eccentric, they have a specific purpose within the story, and the commonplace way in which they are presented allows the reader to acclimatize quickly. Mythology lovers will see parallels to the Persephone myth.
– Publisher's Weekly

"This deeply engrossing and powerful novel by Goobie draws readers in and squeezes tight."

Beth Goobie has written novels for teens before and now turns her hand to a coming-of-age novel which exposes the complexity of a young woman’s shifting identity.... The style is intense and highly emotive.

"Beth Goobie’s The First Principles of Dreaming is a beautifully written magic-realist treatise on the power of pain and loss."

"Goobie is a talented prose stylist with an admirable mix of Old Testament and new world references and rhythms."