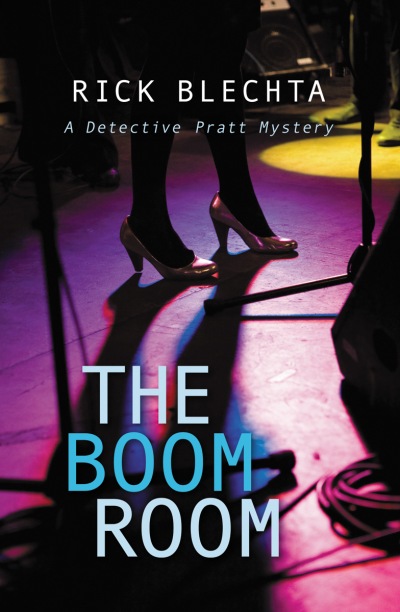 Detective Mervin Pratt is enjoying a quiet dinner at his favorite Italian restaurant when he’s called in to assist at a murder scene at a popular downtown nightclub. The manager has been stabbed to death in his office. The lead investigator, Detective Gordon, no friend of Pratt’s, sees it as an open-and-shut case. He has the suspect, motive and even the murder weapon. But Pratt is unwilling to jump to conclusions.

When Pratt’s young partner, Dave Ellis, arrives on the scene uninvited and quietly tells Pratt that the suspect is his half brother, Pratt finds himself in an ethical dilemma. Ellis can have nothing to do with the investigation, and his connection to the case should be reported. On the other hand, Gordon’s attempt to railroad the suspect and his outright antagonism to Pratt’s involvement rub the detective the wrong way. The only solution, of course, is to solve the crime.
"A quick and light read...The dilemmas that Pratt encounters are realistic."
– The Library of Pacific Tranquility blog
"The fast-paced procedural has a touch of humor, insights into the nightclub scene, and a nice plot twist."
– Library Journal
"The emphasis on solving the murder, along with the lack of graphic violence and overt sexuality, make this book a good example of 'crime fiction lite.' Recommended."
– CM Magazine
"A fast-paced murder mystery...There’s a colorful, many-motived supporting cast that adds flavor and just the right amount of complexity to the narrative. The terse police dialogue is fun to read, and the pacing is superb for this length of book: the action picks up right away and there’s never a lull...Perfect for lunch-hour readers who want to supplement their workaday job with a bit of police drama."
– ForeWord Reviews
"Tense and gritty, but not overtly so...[Blechta has] won awards for previous mystery stories, and [his] talents come through here...Can be easily completed by a struggling or reluctant reader...[and] could spark an interest in reading for those looking for a good detective story."
– VOYA
"A quick and enjoyable puzzle with an obvious suspect, leavened by a twist in the tale. Writing novellas is not an easy task: the inherent confines of the form leave limited scope for rounded characters and developed plots. But The Boom Room is an engaging tale that will earn Blechta even more readers."
– The Ottawa Review of Books
Arthur Ellis Award nominee   | 2015  |  Short-listed