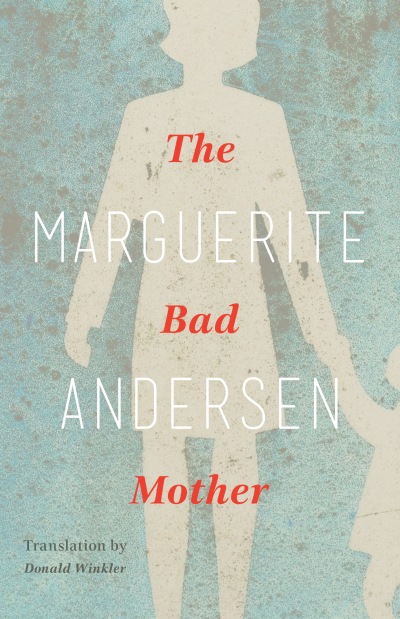 Born in Germany, Marguerite was just into her twenties when she moved to Tunisia with her French lover. She thought she was choosing a life of adventure and freedom, but what she got was children and a marriage that quickly became abusive. Constrained by the minutiae of everyday life, Marguerite longs for the agency to make her own choices. Eventually she flees, leaving her children behind for a year and a half. As the world labels her a wife, a mother, and eventually a bad mother, Marguerite wrestles with her own definition of personhood. Can you love your children and want your own life at the same time? A half-century later, this fictionalized account of Andersen's life is written with brutal honesty, in spare, pithy, and often poetic prose, as she expresses her own conflicted feelings concerning a difficult time and the impact it had on her sense of self. Andersen confronts the large and small choices that she made—the times she stayed and the times she didn't—all the while asking, "What kind of mother am I?"
Andersen writes with strength, even as she exposes her innermost doubts and perceived failings, and her confessional stream of consciousness style is eloquent and inviting, even when addressing difficult political and social issues. Every mother may have doubts, but few put them in writing with such power and grace.
– Publishers Weekly
In [The Bad Mother] we follow the life of Marguerite as she worries about the ways in which she might be deemed a bad mother – still one of the worst accusations that can be thrown at a woman – because at times she refused to sacrifice selfhood at the altar of motherhood. Though decades past the era Andersen mostly writes about, the bravery of this poetic work still resonates.
– The Globe and Mail
[T]he language is clear and sometimes evocative, especially when Andersen is talking about the Tunisian landscape and details of daily life. A description of bathing her two toddlers is supremely sensual, a lovely and engaging moment of simple happiness.
– Montreal Review of Books
Andersen’s The Bad Mother is a defence of unorthodox, non-nuclear and cosmopolitan motherhood... There’s no doubt that Marguerite struggles as a mother. However, her questioning of her desires, motives and the consequences of her actions is precisely what makes her a good mother instead of a bad one.
– Winnipeg Free Press
Beginning with the Second World War and the narrator's subsequent flight to Canada, the novel follows the caprices and decisions made by the title character, who negotiates what it means to be a mother and to retain a sense of womanhood.
– Quill & Quire
Her story, told with power and grace, is that of all women who wonder whether, by longing for lives of their own, they have earned the label of 'bad mother.'
– Foreword Reviews
A compelling read that clearly reveals author Marguerite Andersen as an impressively talented and skillful novelist, "The Bad Mother" is deftly translated into English for the benefit of an American readership by Donald Winkler.
– Midwest Book Review