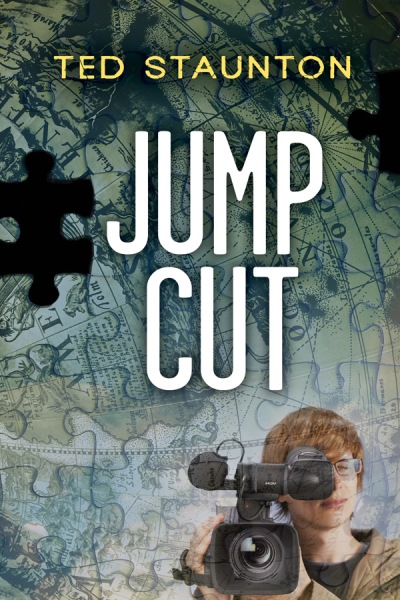 Spencer loves movies, but real life is boring, right? When his late grandfather's will reveals the tasks he wants his grandsons to undertake, Spencer thinks he got screwed. He's not going to France or Spain or Africa. He's not even getting a cool tattoo, like his younger brother. No, he's going to Buffalo to get a kiss from an ancient movie star. Gross. And he's supposed to film it. Grosser. But Spencer hasn't bargained on Gloria Lorraine, star of the silver screen back in the day. Gloria has big plans—plans that involve her granddaughter AmberLea, a gun, a baker who might be a gangster, some real gangsters and a road trip to Nowheresville, Ontario. After being shot at, jumping into an icy lake and confronting some angry bikers, Spencer finally realizes that real life can be as exciting (and dangerous) as reel life.

Spencer's adventures start in Speed, part of The Seven Prequels and continue in Coda, part of The Seven Sequels.
"A zany adventure...In the course of the story, Spencer tangles with Mafia toughs and motorcycle gang members, finding maturity, smarts and personal strength in the process...[An] entertaining story with a heart of gold."
– Kirkus Reviews
"An inspirational story of tying up loose ends even when it might seem that it's too late."
– YALSA Teens' Top Ten Galley Review
"Staunton offers plenty of action, intrigue, and well-placed humour. The way the story intertwines with Spencer's younger brother's journey adds further interest and keeps readers guessing to the end. The film allusions throughout are clever and appropriate, and the cast of characters is both interesting and convincing...Readers will thoroughly enjoy Jump Cut on its own or as part of this unique new series. Highly Recommended."
– CM Magazine
"If Jump Cut were a movie, and it would make a fantastic film, it would an action thriller with a quirky cast and many surprises, and the audience would be relentlessly sitting on the edge of their seats and falling back with belly laughs. Ted Staunton's sense of humour is divine, especially when verbalized by the indomitable Gloria Lorraine...Jump Cut has the eccentric elements of a cult classic. But, I suspect, that Jump Cut and all the other books in Orca's Seven (the series) will definitely stay in the mainstream for a long time with their popularity ensuring their status as classics."
– CanLit for LittleCanadians blog
"The dialogue is very amusing, sharp and revealing of character...This intriguing series will appeal to both boys and girls at the junior high level."
– Resource Links
"[The] adventures are exciting and readers will be anxious to pick up the next book in the series. Great for middle grade boys who want realistic fiction with action and suspense."
– NJ Youth Services
"This madcap adventure will appeal to those readers who like action novels, mob related novels, or road trip novels. A first class read about loyalty, first love and how life can imitate film... Strongly recommended for middle and high school libraries. Easy to read vocabulary with nonstop action, adventure and humor."
– TriState YA Book Review Committee
"Exciting and good fun...It's wonderful to read a book where you love all the characters and here I certainly did, right down to the dog."
– Back to Books blog
YALSA Quick Picks nominee   | 2013  |  Short-listed
CCBC Best Books starred selection   | 2013  |  Commended
Red Maple Award nominee   | 2014  |  Short-listed