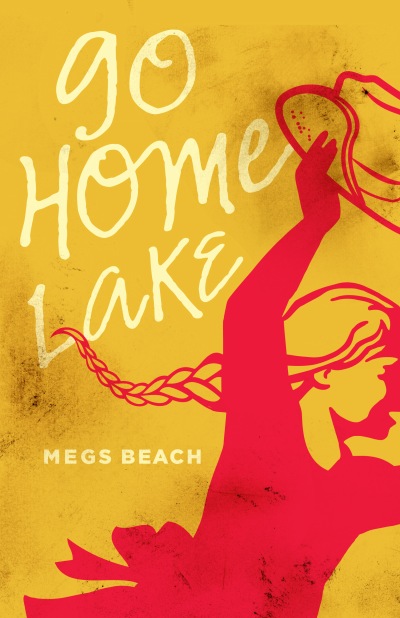 In the late 1960s Penny is the youngest of four kids, known on her street as the girl with the mean brothers. She spends all year looking forward to her summers spent at Go Home Lake, where she passes the days in a soaked bathing suit, catching frogs, and getting her daily fill of fresh air. Yet Penny's summers are far from pleasant. Her father’s weekend visits to the cottage are sporadic, and her brothers prey on her innocence in every way, while her mother offers little sympathy. But Penny holds onto a secret ambition – she’s going to be a real cowboy. If only her dad would buy her that pony he’s been promising each year. Told from the perspective of Penny looking back on those pivotal summers, Go Home Lake tells the story of a seemingly "normal" family. Megs Beach deftly balances a child's naiveté with razor-sharp observations of a 1960s middle-class family and of a childhood that only felt wrong years later.
A terrifically entertaining read from beginning to end, "Go Home Lake" clearly showcases the originality and storytelling talents of author Megs Beach.
– The Midwest Book Review
... fast-paced, humorous and effusive...
– Broken Pencil