As I Enfold You in Petals 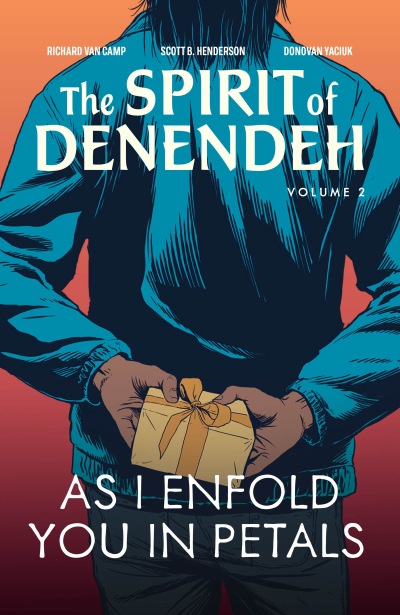 Curtis has returned to Fort Smith, six weeks sober. He doesn’t have any sober friends, his mom’s still drinking, and his best friend (and secret crush) Lacey probably is too. Still, he’s determined to stay sober and help his people. Along the way, he might just be able to help himself.

Louis, Curtis’s late grandfather, was a healer. Legend has it, Louis made a deal with the Little People that gave him the power to heal. No one has heard from the Little People since Louis’s death, but his cabin may hold the key for them to return. There’s only one problem: Benny the Bank stands in the way.

An infamous bootlegger, Benny has profited off Fort Smith’s pain for decades. After being critically wounded in an attempt on his life, Benny knows he doesn’t have much time before the poison in his blood takes him. He also happens to own Louis’s cabin.

Can Curtis convince Benny to return his grandfather’s land? Will the Little People answer his call? And can Benny find a way to make amends and leave a legacy he can be proud of?

A stunning, fast-paced graphic novel, As I Enfold You in Petals will keep readers riveted until the last page. Materials in the back of the book provide information and cultural context about the Inuit tattoos represented in the graphic novel.